On April 8, 2021 a working meeting of the FBA EAC management with the heads of the Representative Offices and representatives of the Association was held. The participants discussed topical issues of the work of the FBA EAC Representative Offices and identified the main areas of work for 2021. Special attention was paid to the discussion of issues related to the preparation for the VIII Moscow International Financial and Economic Forum and the holding of the International Public Award “Business Elite of Eurasia”. The meeting was attended by representatives of 49 countries. The meeting was opened and moderated by Alexander Murychev, Chairman of the FBA EAC Board.

The President of the Association Anatoly Tkachuk, the General Director of the FBA EAC Oleg Berezovoy addressed the audience.

It was decided to hold meetings on a quarterly basis. 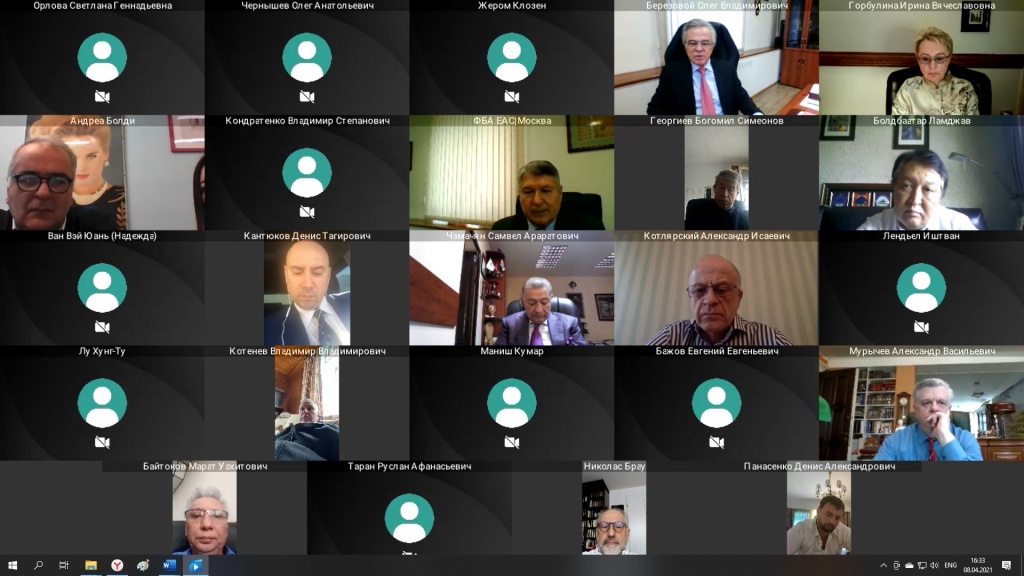