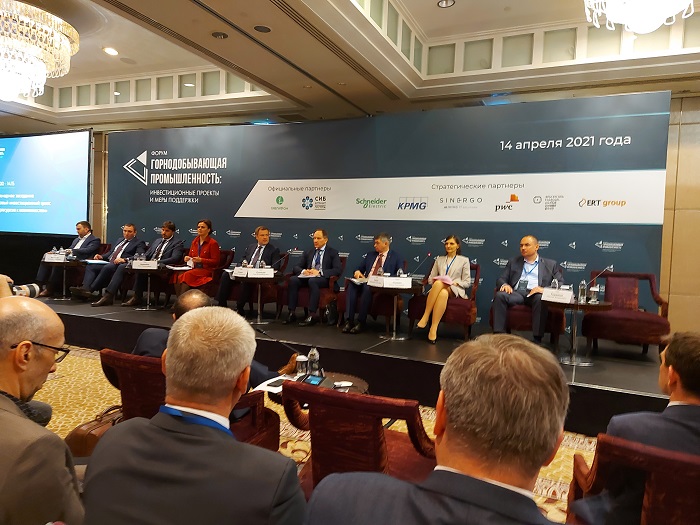 On April 14, 2021 the Inter Continental Hotel in Moscow hosted the Forum “Mining Industry: Investment Projects and Support Measures” organized by the RSPP Committee on Investment Policy, the Institute for Development and Export Support together with the RSPP Commission on Mining Industry.
The forum was attended by the heads of companies of various branches of the mining industry (mining, mining and chemical, coal, oil, gas, etc.), logistics companies, representatives of the Government of the Russian Federation, federal executive authorities, as well as companies – members of the FBA EAC.
The forum participants paid special attention to the need to improve the measures of state support for the industry, to the search for mechanisms for financing investment projects as well as the introduction of modern technologies and issues of digitalization in mining engineering.
As a result of discussions the participants of the Forum adopted a resolution that reflected the entire range of problems in the industry. The resolution also included proposals to state authorities and development institutions on the improvement of support measures of the domestic mining industry.