The barriers which have existed since XX century are now considered an illusion of strength and stability. A new digital agenda of the Union is the concept of digital transformation of sectors, markets, management and integration processes of Eurasian Economic Union. This was announces at the Fifth East Forum in Berlin held on April 6, 2017, EAEU press office reports. The participants believe that in the next 15-20 years a platform business model will be implemented everywhere, and industry and trade sectors will be transformed. -        Sixty years ago coal and steel united Europe, and now BigData and “Industry 4.0” will do it, - experts state. 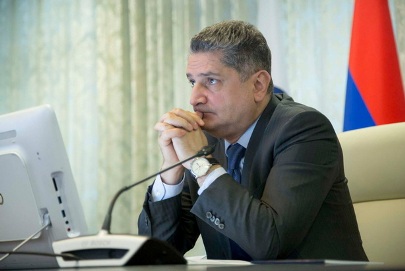 According to the Chairman of EAEU Board Tigran Sargsyan previous barriers and limits are now vestiges and only a decoration.

-        Once they were part of economic competitiveness and a mechanism of national and corporate adventatges. And now they are vestiges, which create only an illusion of stability and competitiveness, - says the EAE Chairman.

Representatives of the EAEU Board said that businessmen of the whole world negotiate on the project of “digitalizing of economy”. Joint projects of EAEU and EU are also being discussed regarding digital cooperation in trade and finance and implementation of the best experiences in technical regulation.