On December 7, 2021, at the headquarters of the FBA EAC, a working meeting was held between the General Director of the Association Oleg Berezovoy, the head of the Representative Office of the FBA EAC in the Republic of Korea and the owner of PBKO Holdings Corp, Kyungjun Kim, and representatives of the Korean Institute of Industrial Technologies.
The parties discussed issues of expanding further cooperation between entrepreneurs of Russia and the Republic of Korea.
During the conversation, Oleg Berezovoy introduced the Korean side to the possibilities of the Association and its structure, prospects for participation in the FBA EAC "Deals Platform" project, presented the Eurasian Financial and Economic Bulletin to Korean colleagues, and invited them to participate in events organized by the FBA EAC on an annual basis.
In turn, the head of the delegation, Mr. Jeong-Hoon Lee, spoke about the interests of the Korean business community in the Russian market, presented the prospects for its development, outlined tasks and made proposals for joint work. According to Jeong-Hoon Lee, the main interests of Korean business in the field of technology and innovation in Russia are the import and export of technologies, certification, legal advice to partners, holding meetings in the B2B format.
The meeting was held in a businesslike and friendly atmosphere. The participants of the negotiations once again stressed the need to continue fruitful mutually beneficial cooperation. 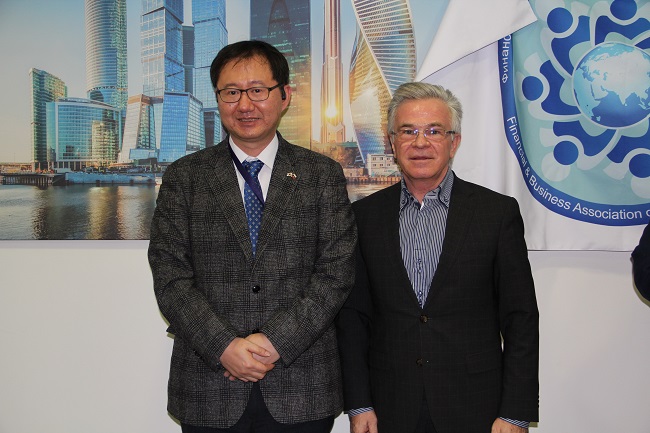